William Paul Jenkins, was an American abstract impressionist painter, known for unorthodox expressionist style of paint application. Born in Kansas City, Missouri, 1923, the artist met Frank Lloyd Wright, the famous architect and designer, who was commissioned by his great uncle to rebuild his church after a fire. It was suggested that Jenkins should pursue a career in agriculture. His initial intentions to become a painter were compounded by meeting the American artist: Thomas Hart Benton. For a brief period, Jenkins studied at the Kansas City Art Institute whilst working at a ceramics factory over the weekends and summers. Eventually, Jenkins moved in with his mother in Ohio. Following his graduation from Struthers High School, he served in the U.S Maritime Service and the U.S Naval Air Corps during WWII.

In 1948, Paul Jenkins moved to New York City, attending the Art Students League under the G.I. Bill, where he would meet and study with Yasuo Kuniyoshi, the Japanese American painter, photographer, and printmaker. He would remain there until 1952, befriending other artists such as Jackson Pollock and Mark Rotho. The artist settled in Paris in 1953 after traveling to Europe, where he began experimenting with the effects of glazing he witnessed in ceramics during his youth at the factory, translating them into paint. In 1956, Jenkins held his first one-man exhibition at the Martha Jackson Gallery, after returning to New York in 1955. The same gallery would go on to represent the artists for the next two decades. He would go between Paris and New York throughout the rest of his life.

Jenkins transitioned to painting with acrylic on canvas in 1960, applying thinned down acrylic paint to primed white backgrounds, starting at the corners, and adjusting the flow of movement by changing the orientation of the canvas. In some instances, he would manually change the direction of paint using blade like utensils. Mostly using vivid colours, these works were titled: ‘Phenomena’. Roberta Smith, a critic at the New York Times, described Jenkins’ paintings as being “too beautiful for their own good”.

Between 1971 to 1972, Jenkins was the subject of two major retrospectives at the Houston Museum of Fine Arts and the San Francisco Museum of Art respectively. Wider exposure started to appear for the artist after the release of the 1978 film An Unmarried Woman, starring Alan Bates, which chronicled the life of a Manhattan artist whose works were that of Paul Jenkins. Reportedly, Jenkins spent weeks coaching the actor in his personal working process. The artist sadly passed in 2012, whilst in New York City.

Many of his paintings share a similar effect to watercolour on paper, achieved by his thinning of the acrylic paint. His work is still highly regarded, especially as he made the choice of not using a paintbrush, rather allowing paint to move naturally, pooling, blooming and rolling across a canvas. Jenkins’ work is still garnering attention in the Fine Art world, with the average price overestimate of his works going at 33%, with many going much further up. The abstract expressionist artist’s art remains timeless and visually stimulating in the 21st century. 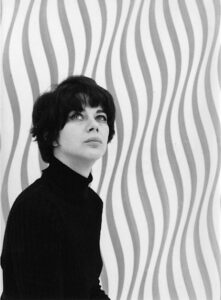 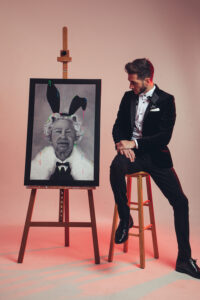